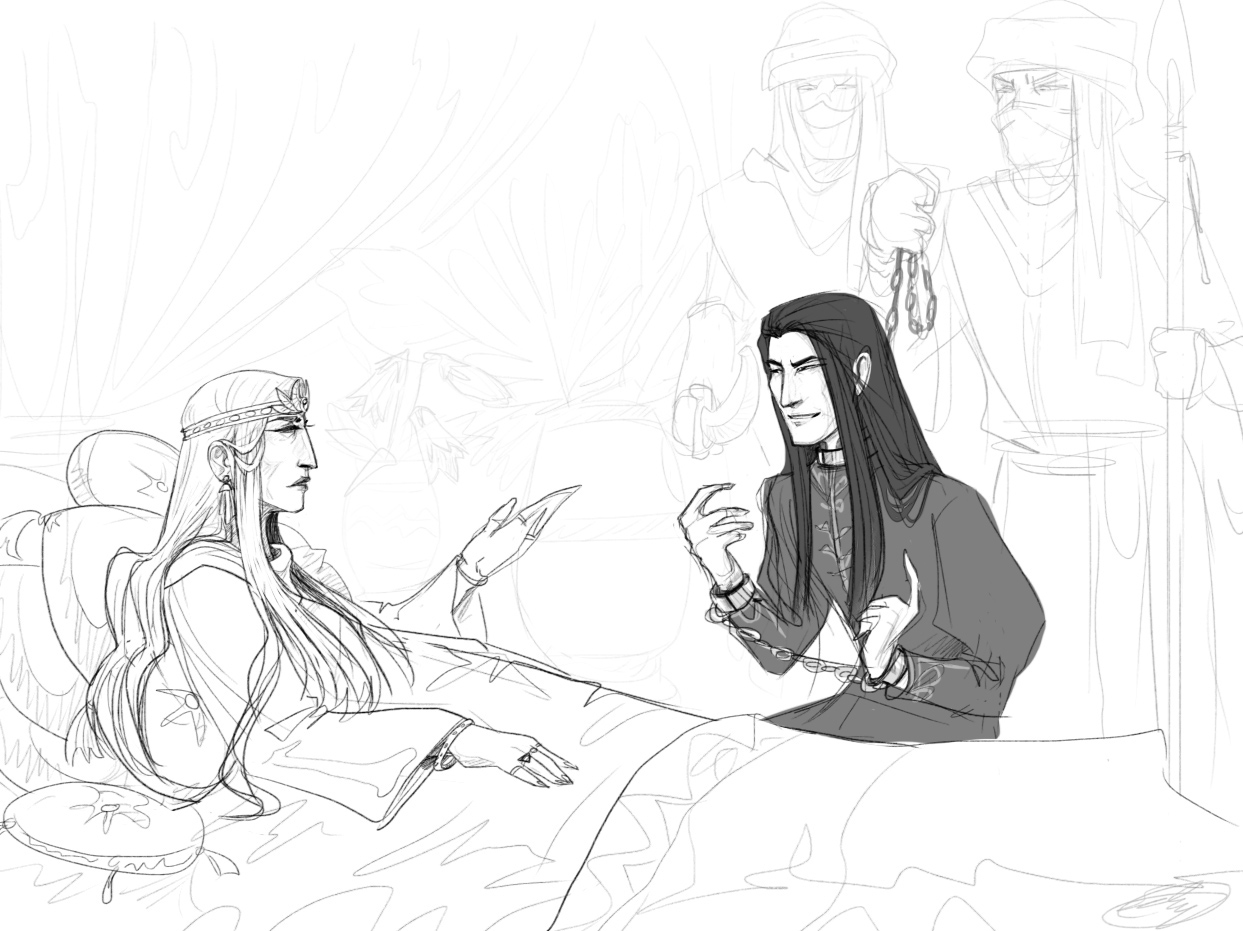 The Dread Warlock and the Queen of Sirn. Having a spirited conversation about gardening.

The captive darklord is dragged in chains before the sickly queen as a curiosity to alleviate her boredom. Naturally he’s being his usual spiteful sarcastic shit about it, but unlike most, she decides to just roll with it. Dying is boring business, and at least a snarky creature of death and destruction is something out of the ordinary.

He states that her famous gardens are quite lovely – is that because of her tender care – or her absence? An interesting conversation about the appeal of perfectly planned and controlled environment versus the savage beauty of wilderness reclaiming territory is sparked. Perhaps a creature of death and destruction can offer some advice on how to get rid of pesky weeds? Amused, he will have to admit “magic” is his favoured gardening tool, which is not alas too helpful.

Vicious in his hate of all mankind, he decides he hates this Queen less than he does most.

And as parting words, he concludes it’s a shame, a disgraceful shame that the princess who now holds the greatest power in all the world will allow her own mother to decay into death like so. Which when retold sows the seed for Relonia to try and master the pendant she tore from him, and use its powers to heal her mother at last.

The governor running the administration of the Blue Lotus court of Machra-la is named When.