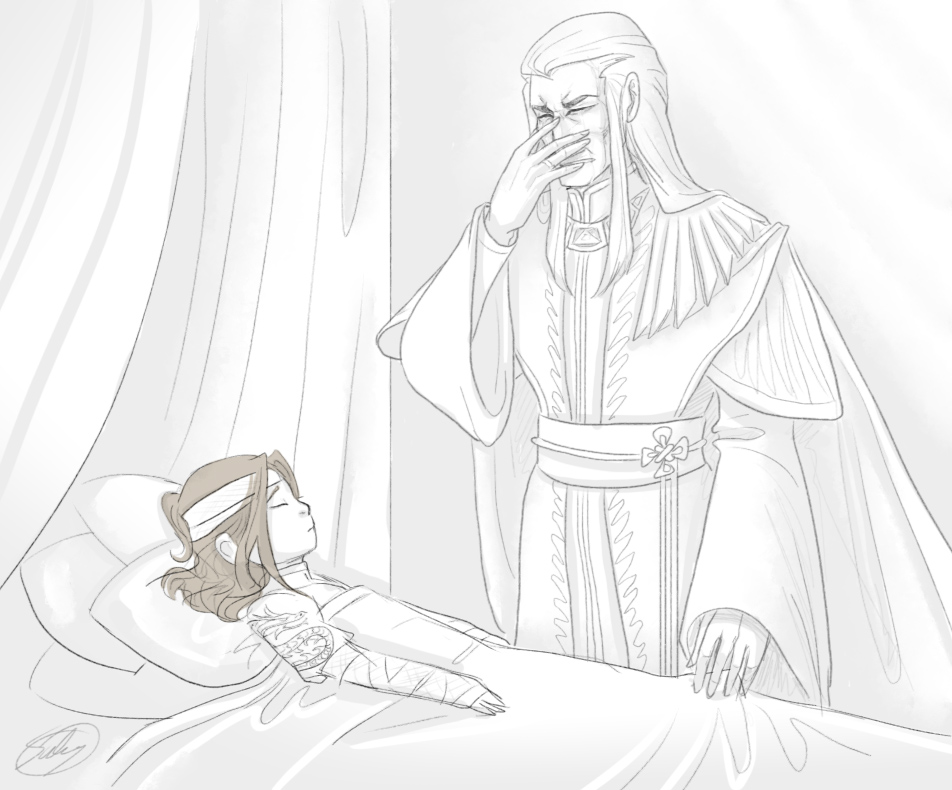 Rannon was told from as early as he could remember that he is the reason his mother is gone. And with the logic of a 4-year old, he finally concluded that maybe if she isn’t here because he is, then maybe if he wasn’t, she would come back, and his father would finally be happy again.

So he stepped off a balcony.

He survived, albeit with a generous amount of broken bones.

And while Tenotaka would never show it to anyone, he’s honestly horrified. He may blame the child for the death of his queen, and find it near impossible in his heart to love his youngest son, but he doesn’t want him dead.

As soon as he’s back on his feet, the little prince is sent away from court for a hard life of military discipline among the Karakali warriors. As punishment for trying, or failing, he isn’t sure which.

(That the sight of his lifeless body was the most painful thing his father has known since Merate’s death he would never, ever guess, or believe.)

Out of Rannon’s five closest servants, Akari, Kenji and Azani have all at some point held the position as his First Servant.