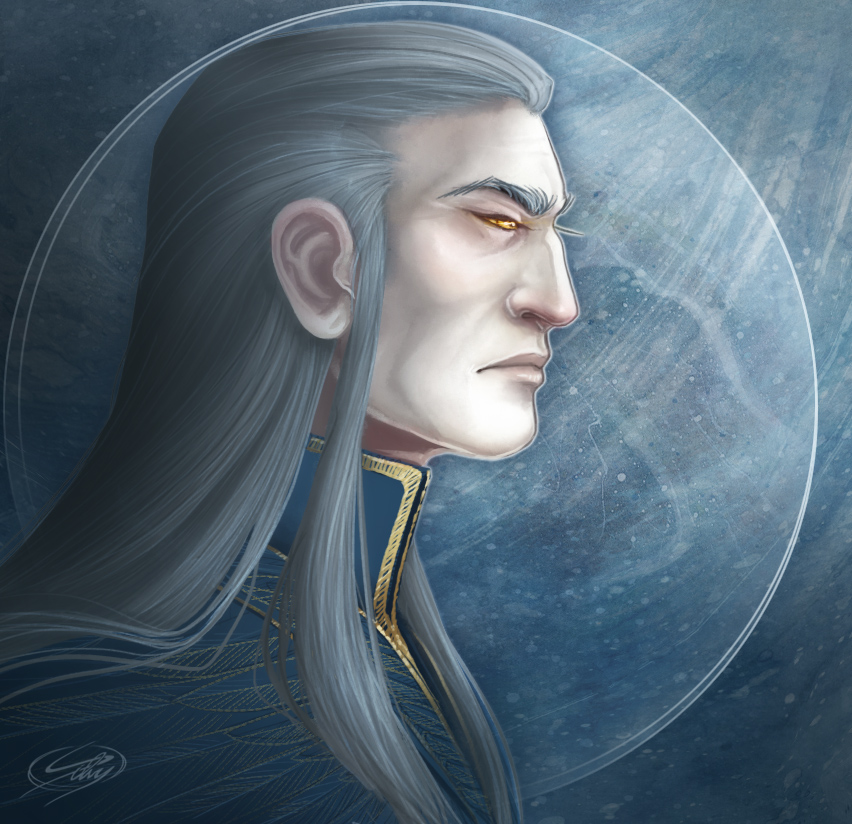 Tenotaka’s profile picture. The last ZanTaoyaka in several generations to actually show old age. Then again, he greyed young and looked quite old and worn for most of his life.

With those golden bird-of-prey eyes, and his majestic sharp profile, he certainly calls to mind his celestial guardian Taka, the Thunderbird, and even the strongest men and women of Kayalana could be made to squirm under that steady gaze.

Only his beloved Merate and carefree oldest son saw through the severity and found warmth beyond. There was little warmth to be found for Rannon, though – and he’d likely be somewhat taken aback to realize his own sharp, unwavering gaze has the same effect on people these days. In many ways, he grew up to be more like his father than anyone could have believed – especially Tenotaka and Rannon themselves.