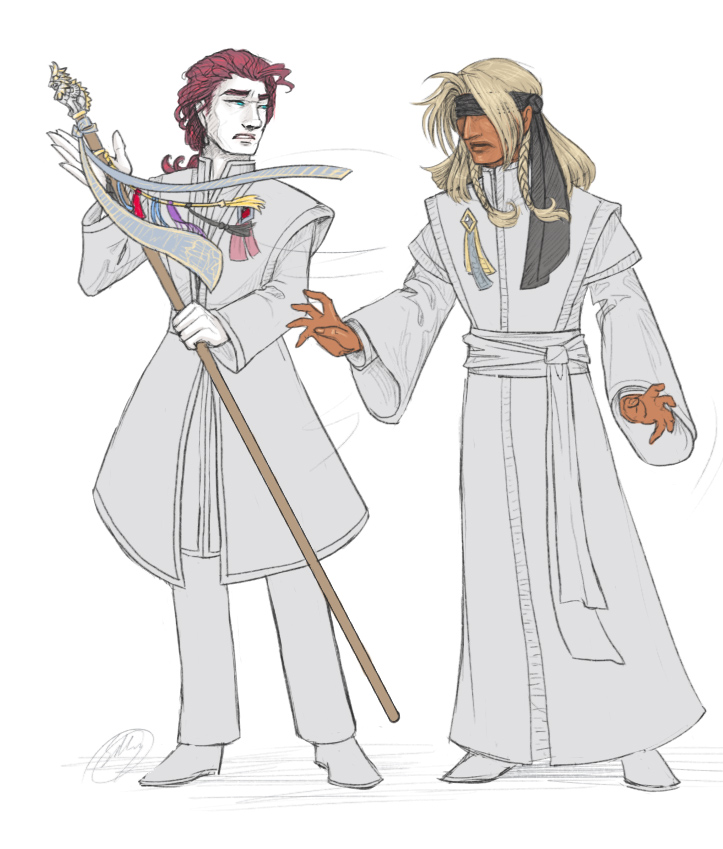 “Oh, whooops! Looks like you went and dropped your stick somewhere again. Isn’t that just too bad.”

The respective First Servants of Crown Princess Isokell ZanTaoyaka and her royal consort… don’t get along very well. At all.

I mean. Akari is one of the most genuinely nice people in all Pangaea, empathetic and lighthearted and always ready to see the best in everyone, even when they don’t see it themselves.

But he never forgets who killed his best friend. Gentle, anxious, brilliant Kann, whose only crime was being at the wrong place at the wrong time. Just collateral damage, not even a body to retrieve once the dust settled.

Akari is very rarely cruel, but he can be petty, and he’s still angry – grieving and furiously angry – all these years later.

If he’d known the barely-slap-on-the-wrist the murderous traitor-prince would get away with, all things considered… he probably would have let the man hang himself on that boat ride from Machra-la to Kayalana when Rannon had first found him.

A five-pointed star is sometimes used to symbolize the pantheon of the five goddesses.