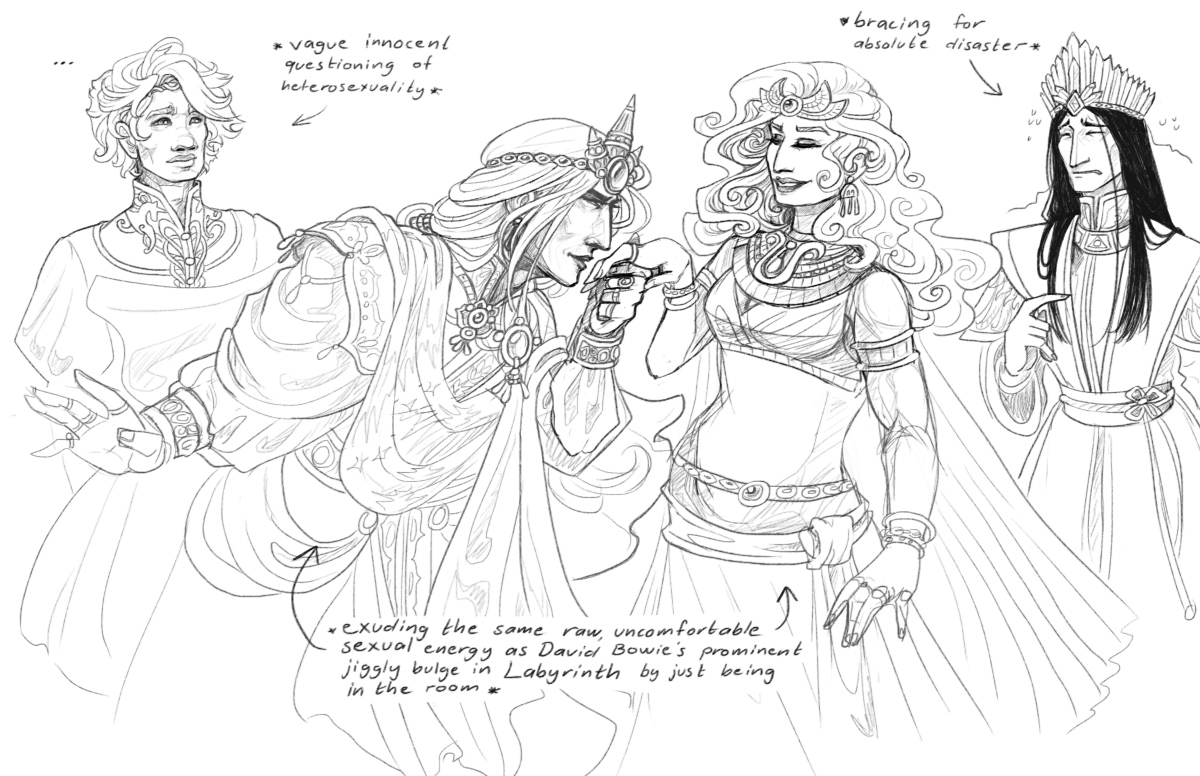 Lazuli came crashing into Rion’s very, very delicate peace negotiation with the Arani much like a ball hitting a set of bowling pins, showing up unannounced with a Kusco-swagger on the Kayalana royal palace doorstep one day. Rion was… rather distressed. He’s working so hard to make this peace a reality, fulfilling his father’s dream, and creating a legacy not based on darkness and slaughter. It means a lot to him.

Adding Lazuli and everything he is to the mix (flamboyant and deviant in every way according to Arani morals, also, yes, our lover. They must not know.) … For a while there, Rion was utterly convinced this would be the end of the negotiations at best, the beginning of a world war at worst.

But, surprisingly, it turned out quite alright! In a way adding yet another ruler to the mix added a certain gravitas, and a bit of impartiality to counter the Complicated Past of three first parties involved. It’s one thing to be low-key passive aggressive to the douchebag who destroyed your homeland and killed your dad, but once you’re actually negotiating a peace treaty between four extremely different kingdoms, you need to get serious. Lazuli’s easy charm and the very real benefits of trade with Machra-la probably helped a lot, too. (You’re welcome, he says.)