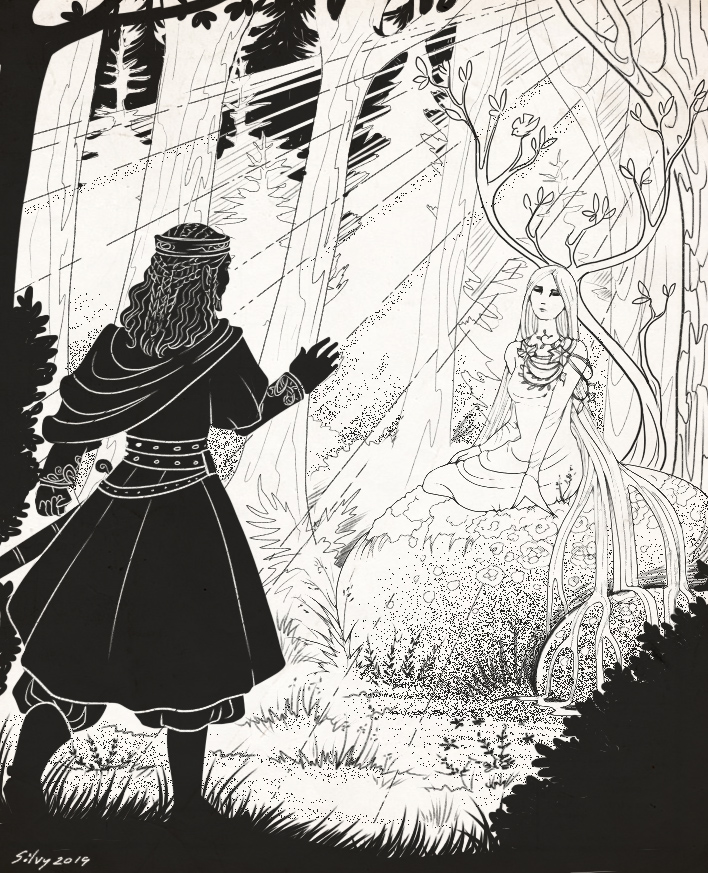 Many years before his kingdom fell to the darkness, young king Carryn was out hunting. The grand deer he was stalking vanished into the deepest woods, and he merrily gave chase, soon leaving the rest of the hunting party behind. But instead of his chosen prey, he came upon the most beautiful woman he had ever seen. Enchanted by her, he chose the mysterious stranger for his Queen.

She bore him a son, then vanished one day, as suddenly as she had appeared. And the child, named Corrin, possessed strange powers, and could take the shape of a white unicorn…

I’m doing a mix of Inktober and Whumptober, picking prompts that tickle my muses at random. Today the Inktober one worked best.