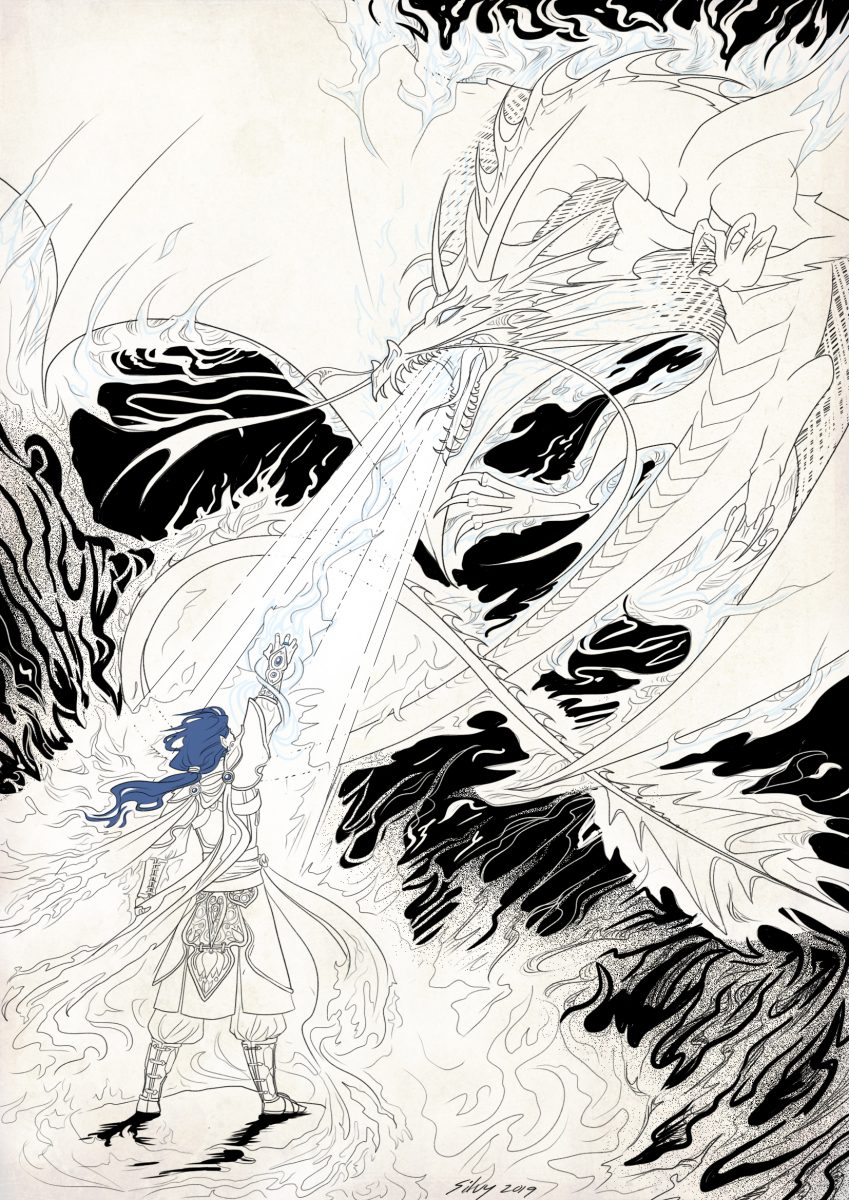 Assured mutual destruction… the end of one of the most iconic characters of Pangaea.

When Aljana has taken control of the once-Warlock’s dragons, her armies head west to slay him and any anyone else who stands in their way… And also to cauterize the wound that is the rift through the mountains, destroying the city Hope and returning the world to its once separate and original state, so that no one person could gain such influence again.

Crushed by news of his wife’s and daughter’s deaths, Rylerion – the saviour king of Kayalana, herald of world peace, once-Warlock and destroyer – cannot bring himself to do anything to stop them. Even welcomes, perhaps, the idea of a final ending, once and for all.

But Lazuli will not stand by and watch the world they’ve all built be destroyed. And so, with equal parts tenderness and frustration he takes the ring of power from the one person he’s ever loved, naming himself leader of the West, and marches with their combined armies on Hope to stop the encroaching enemy.

Using the ring’s magic he attempts to wrestle control of the dragons away from Aljana, but the power she wields is a thousand times stronger than his and he fails. And so, in a final act of furious defiance, he takes the dragon down with him as they meet their fiery destruction together.

A poignant death for an unlikely hero, going down in a literal blaze of glory.