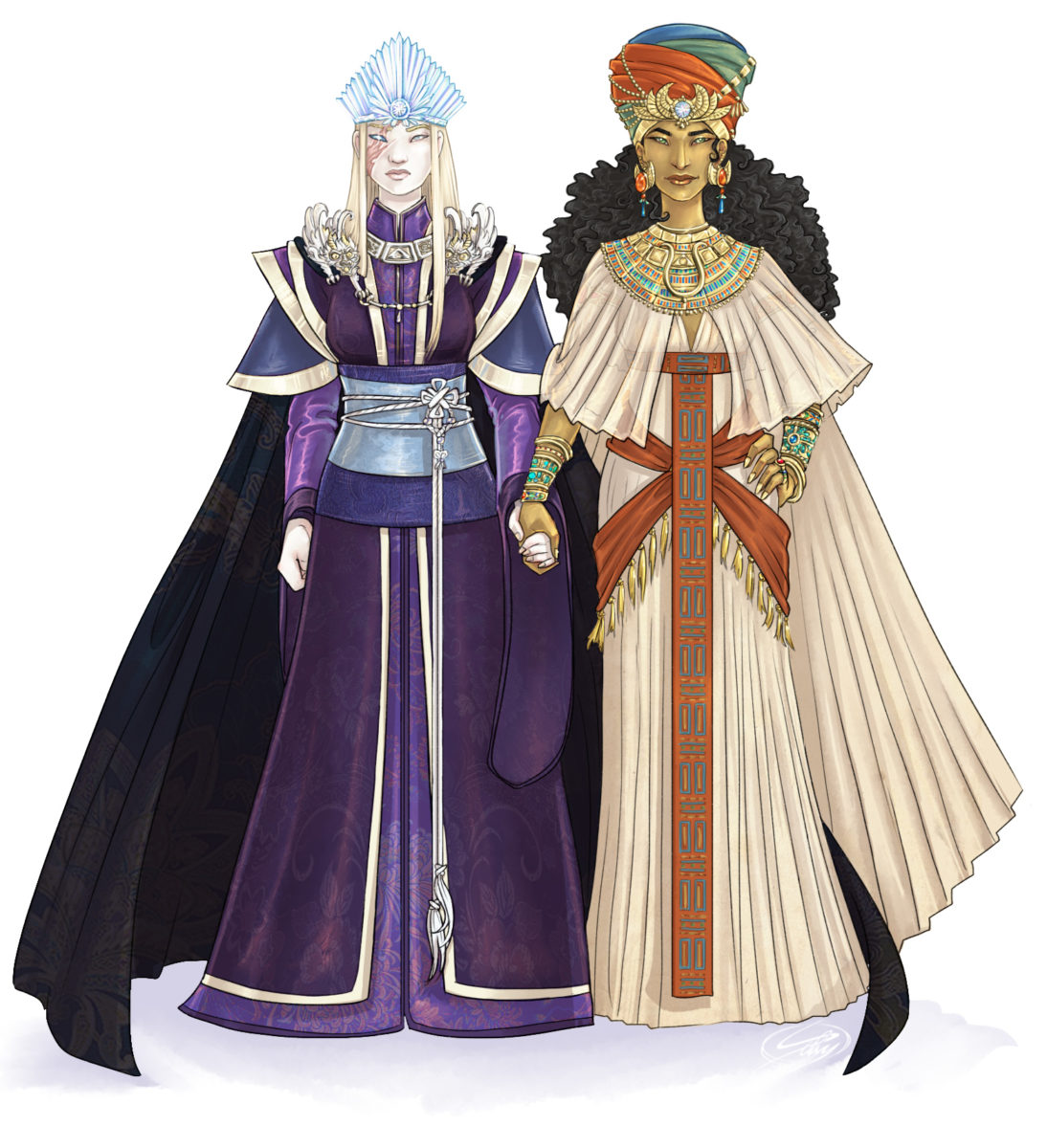 The fragile peace between the two peoples was tested to the breaking point at the Battle of Hope, but once the ashes clear, the two living embodiments of the unity between the peoples still stand, straighter than ever.

Isokell fought and bled on that battlefield, for her kingdom, her people and her family – as the new world dawns, she will officially step up and succeed her father as ruler of Kayalana. The battle cost her an eye, but out of the ashes, she picked up the ring of Akaua and became one with its great powers of magic.

Ziradess, not long on the throne before she was overthrown by her beloved mentor, had to flee her kingdom – but ever running toward the fight, never away from it. When the fate of the world was in the balance, she was the one to deal the decisive strike, claiming the double-edged sword of the dark powers that have offered the world both salvation and utter destruction. With her mother’s support, she will retake her rightful place on the throne of Sirn.

Instead of the traditional carnelian, Ziradess’ crown holds a Kayalan blue diamond, and framed by Sirn-inspired crystal wings, its match adorns Isokell’s crown.

Queens of two great kingdoms, uniting the peoples of the east and west through their very existence, it’s up to them now to defend the peace their parents wrought. Holding the greatest sources of magic known to the world, both great-hearted and stubborn to a fault, they step up to face the future side by side.

And right about there, at the cusp of that new beginning… our story ends.

Meishi always wears a fresh cut real flower in her hair; a throwback to her humble origins before gold and jewelry, shown without a trace of shame. Also, they smell nice.