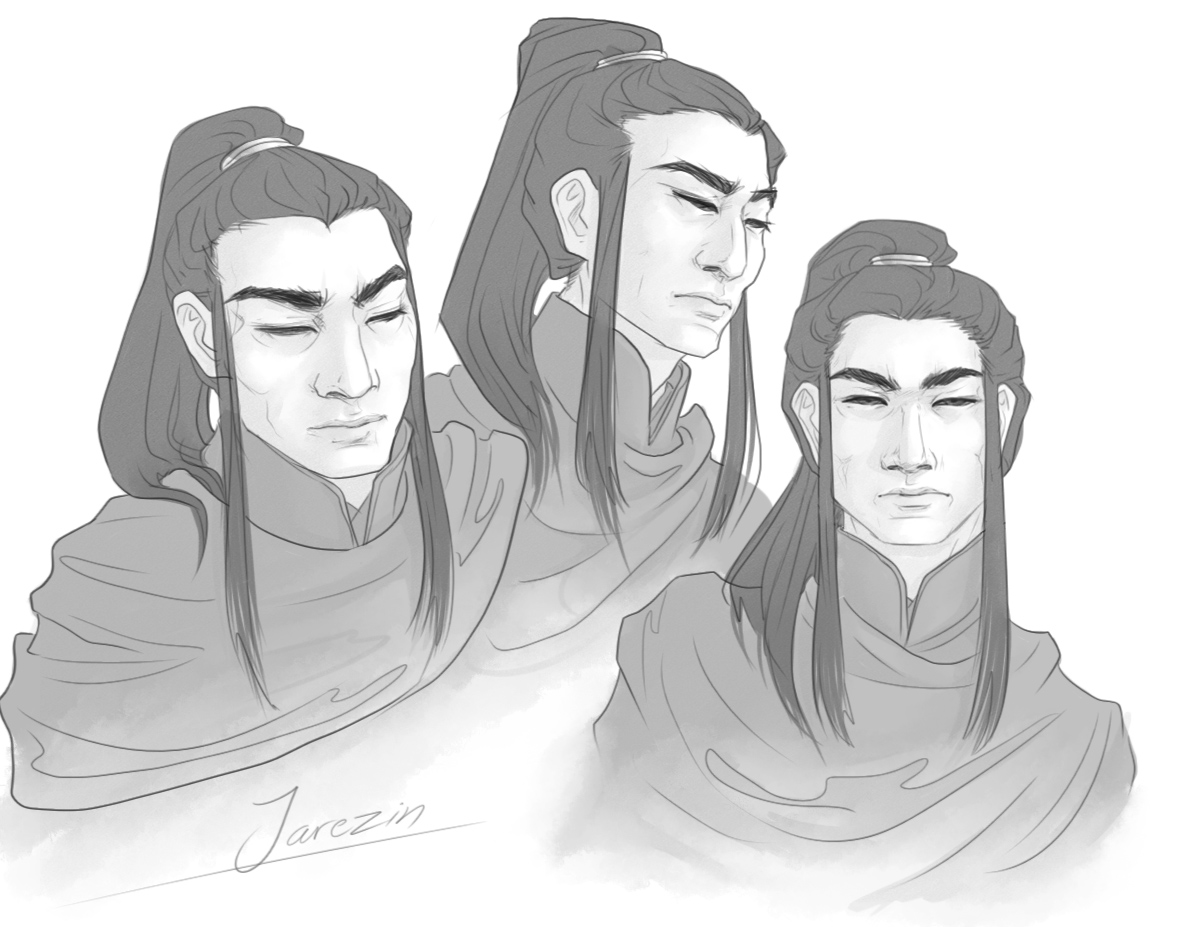 Shantu Jarezin – an unreadable man who says little but sees everything. Sometimes you could just swear he’s grinning behind that perfectly impassive face. Possibly at you.

Shantu Kamiyeh’s right hand man during the Civil War of Kayalana, he was the mastermind behind many of the strategies that would go on to win the rebels the war. Unlike most of his fellow Karakali warriors, however, he doesn’t harbour any personal spite against the Tyrant he helped overthrow. While there’s little love lost between the two of them, at least they are able to work quite well together on the council under the new king, with mutual grudging respect for the other’s sharp mind.

He’s also notoriously voracious in his sexual appetites, with absolutely no preferences – anyone and everyone may find themselves invited to share an intimate moment with the spymaster, regardless of gender, social status or appearance. He wouldn’t coerce anyone against their will, but despite the stoneface, there is a certain dark magnetism there, and he suffers no shortage of willing lovers.

The mystic ritual of becoming a high priest of Chima grants the acolyte semi-immortality by markedly slowed aging, but also renders them barren and unable to ever have children. High priests of Chima often attain powerful spiritual gifts and can live very long lives in solemn servitude of their goddess.