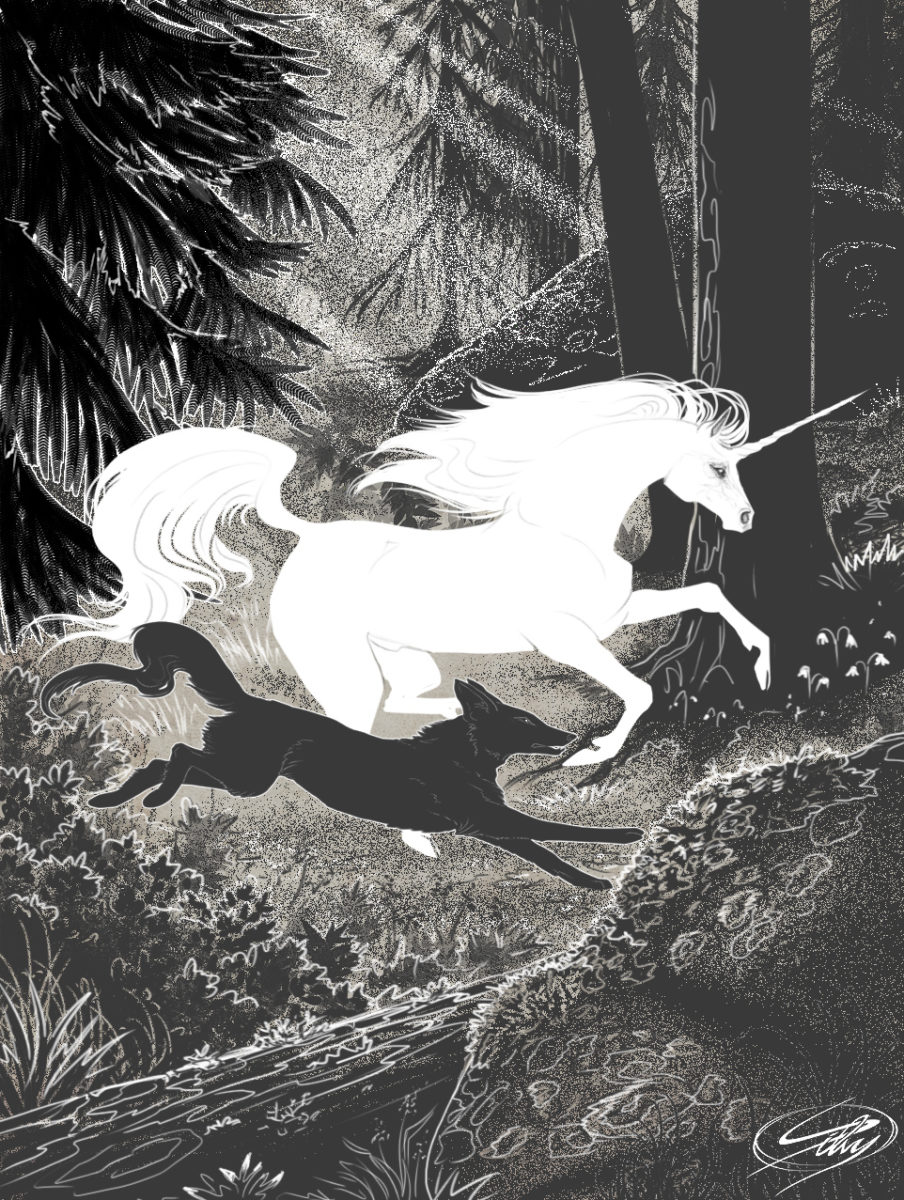 Corrin’s firstborn son is sick and dying, and he hastens in unicorn-shape to Hope, hoping to ask Relonia to use her powers to help heal his child. But instead of his best friend, the Kayalan royalty awaiting him in Hope is the once Warlock.

Rion may not be what was hoped for, but he lets go of everything and goes with Corrin to try and help his child, to repay his kindness and atone in some small way for what he did to his kingdom.

Time is of the essence, and the road is long. The path through the wilderness is shorter, and four feet are faster than two. It’s been a long time since Rion used magic, but he remembers.

Fragments of light and dark, the white unicorn and black ylvain race side by side, race against time, to reach the dying child before it is too late.