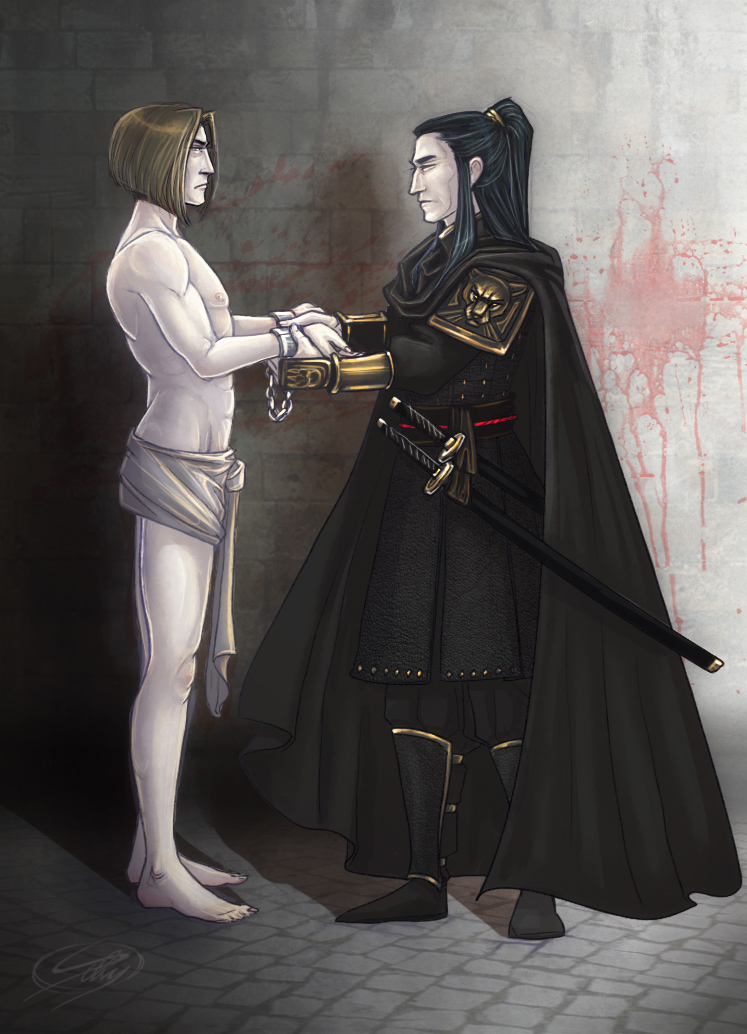 It’s easy to be regal when in full royal garb, but few people manage once the crown is off and you’re down to skin. Rannon does, though. Not a moment of weakness or hesitation, that would mean letting the bastards win and we won’t have that.

Jarezin would no doubt notice the same quickened pulse Azani did as she reached to unclasp Rannon’s cloak, adding it to the mental chart of Rannon-puzzle pieces, for future reference.

He’s a funny one, Jarezin, possibly the one person in Kayalana who could out-ice-stratege Rannon. Of course he considers them enemies, but in his case it’s more a professional occupation than any personal hatred. And while his default expression is one of blank severity, there’s always just a hint that he’s vaguely amused by something only he knows. Which, well, being the top spymaster could very well be true. It’s unnerving either way.

But insofar as he ever really feels anything, he is quite impressed with Rannon’s ruthless dignity in the face of pain and humiliation. And the fact that the former tyrant damn well shows up to the next council meeting less than a week later, albeit still obviously a bit of a wreck – there’s work to be done, no time for rest. And proceeds to draft a plan for the upcoming battle with the warlord in the mountains that not only contains ruthless squashing but greatly investing in and improving the quality of life for the people in the war-torn region. As a strategy to win back their loyalty to the crown, sure, but even so.

Not enough to drop the antagonism, of course, but a microscopic sliver of respect between enemies never hurt anyone, right?