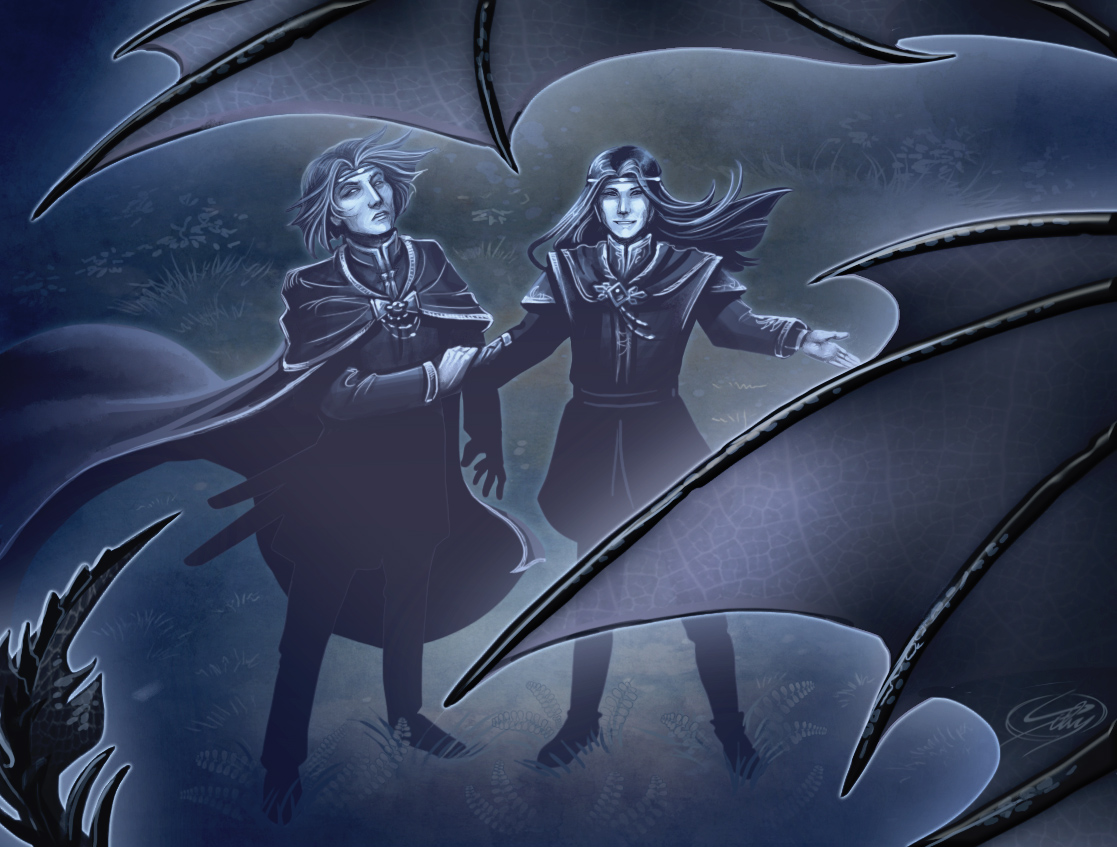 Illustration for Come With Me.

The dragon is Rannon’s celestial guardian assigned him at birth, the equivalent of a royal star sign. It’s always been tightly tied to his identity – he’ll often wear dragon insignias on his clothes etc.

Which… I have apparently mostly drawn in random doodles and as some small detail of old arts, it appears. I may need to remedy that.

Anyway, back to dragons. He carries the legendary blade Dragon. He was occasionally referred to as the Dragon during the war. He’s a frickin dragon otaku. It’s a Whole Big Thing.

And then Relonia comes to Kayalana, lots of politics take place, including the (surprising to every party involved) rather impromptu engagement between Relonia and Rion. To finalize the peace treaty between the peoples, and make the engagement official, Rion and his entourage (which always includes Rannon when travelling abroad, because hey, can’t leave the ex-tyrant unattended at home – both for his and Kayalana’s sake) cross the mighty mountain range dividing the world to visit the western kingdoms.

And while crossing the mountains, not all that far from where he grew up, you get THIS royal asshole of a nephew say with a straight face the equivalent of “Oh, you like dragons, do you, uncle? I should totally introduce you to a couple of old friends of mine” and…