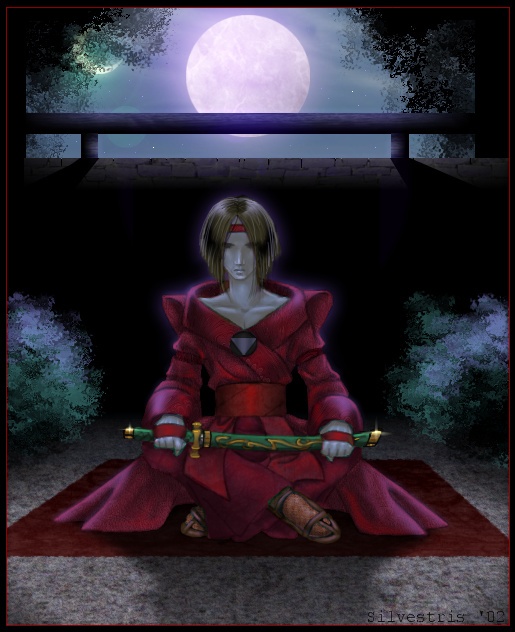 Finally free from the dungeons, there was only one thing the overthrown tyrant desired – a swift, clean death. Fate (in this case, Rion) wanted differently, though. Made immortal without him knowing, every increasingly desperate attempt brings only pain, but no release.

It’s to be his bitter fate to live on in disgrace, assumed by all too cowardly to end his life with honour. A fate almost more painful than the bite of the Serpent itself.

Time to go yell and flail at the King about it. 🙂

Rion’s royal colours of arms are white gold and black.