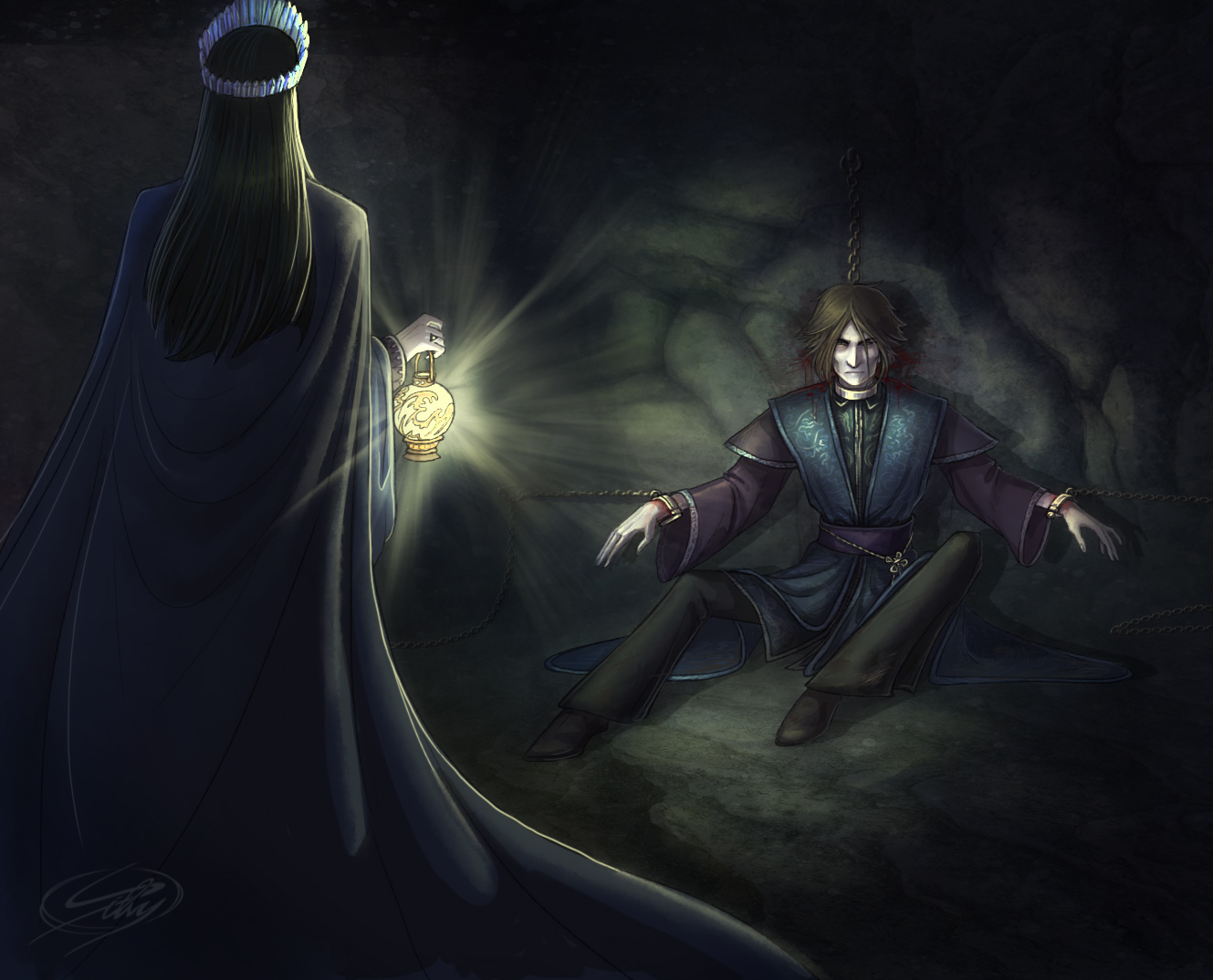 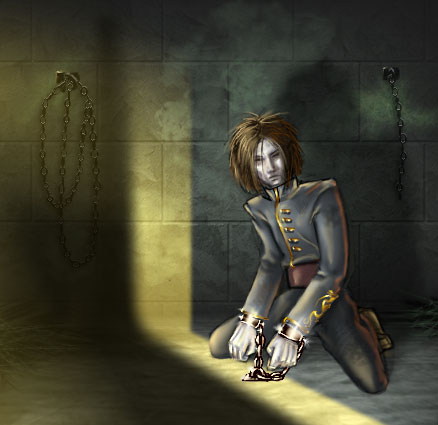 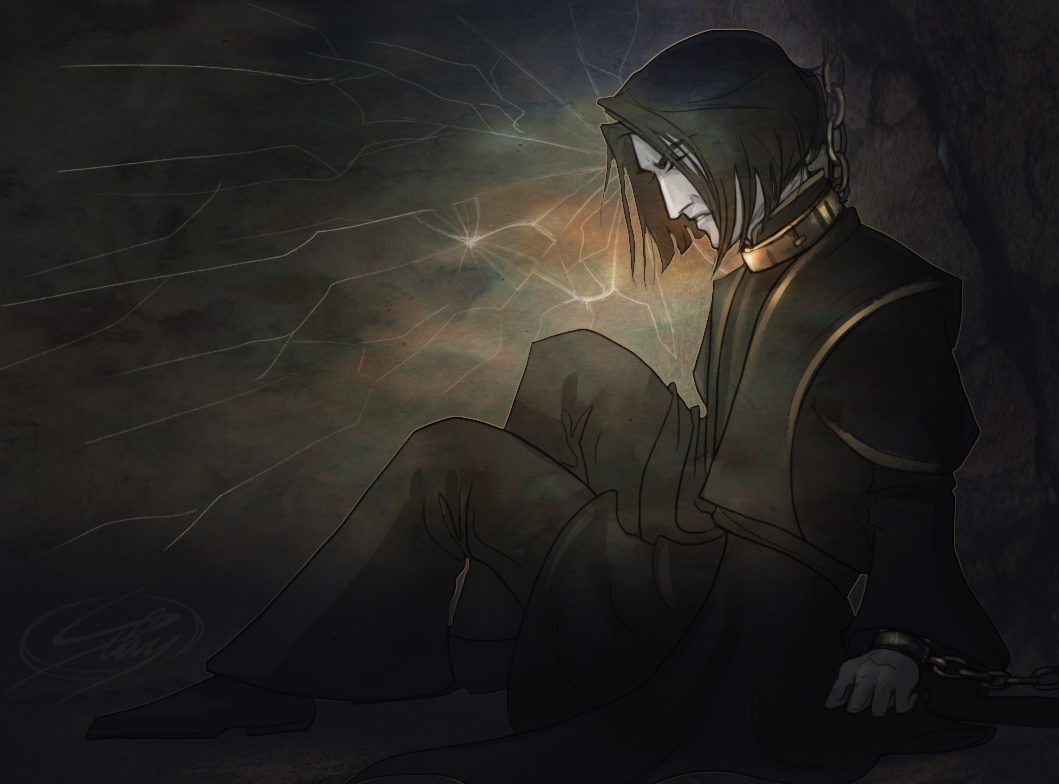 Original Written Work
Characters: Rylerion, Rannon
Summary: The newly crowned King of Kayalana visits the palace dungeons and decides to show the overthrown tyrant mercy, for the sake of family.
For art and other works inspired by this, click here.

It was damp and it was dark, the endless corridor leading ever deeper, ever downwards . The two small shirae-lanterns he carried were feeble things, whose gentle light barely touched the walls. Damp, and dark, and far too familiar, though he had never set foot here beneath his palace before. In a way he supposed all castle dungeons were much the same, serving the same purpose.

He knew all about that.

Carryn-yehl had had plenty of dungeons, and he had put them to good use. The royal palace of At-ni Cal had them, too, and those had been locked from the outside. Oh, yes, he was quite used to the damp darkness and lingering smells of human decay, though the memories they brought back were hardly pleasant, for many very different reasons.

END_OF_DOCUMENT_TOKEN_TO_BE_REPLACED

With his powers as the Warlock, Rion created his two dragons, Rashka and Khata. After his fall, they took refuge in the northern parts of the great mountain range, where they still live.